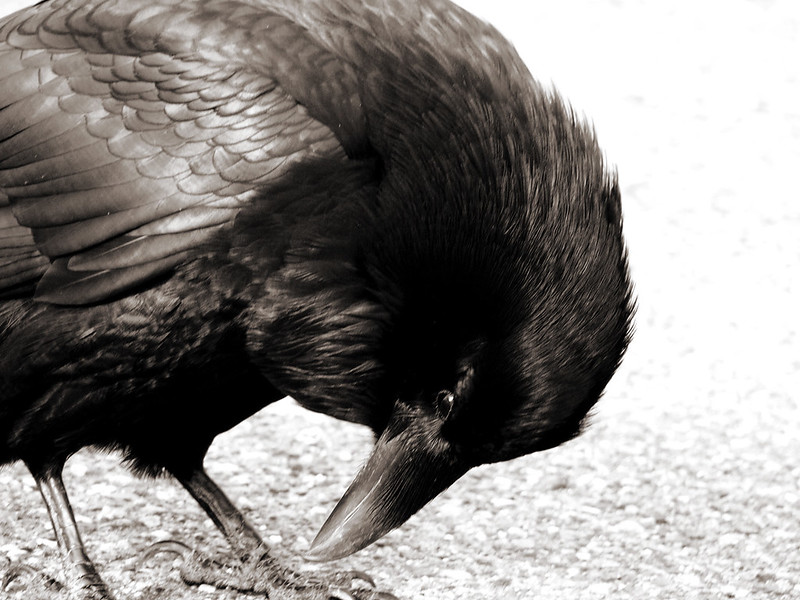 It’s been more like Siberia here the last few weeks than it has been Colorado. We’ve sorely missed our 300+ days of sunshine.  The skies have been steel grey and the air has been full of moisture.  Yesterday we had a visually fascinating phenomena – both hoar-frost and rime ice at the same time.  Click here for the skinny.

The needles and spires of hoar-frost were so entrancing that I took my camera out first thing in the morning to try my hand at getting some interesting images.  Completely dashing, outfitted in my plaid pajama bottoms and top and my giant down bootie slippers.  Think Napoleon Dynamite here!

I’m snapping away – trying to get the image without having my freezing breath spoil it  – working hard – when a really BIG raven lands on the street light right above my head.  To be fair,  they often seem attracted by our life-sized raven lawn ornament – but this time the character is looking right down at me and making little chattering noises, little glocks and clacks.  All very intimate and intentional.  It’s like he’s laughing at my clothes and my Bill-the-cat hairdo!  He’s chortling and chuckling the way ravens do and watching me with his bright, black eyes.

Now, in my time I have been known to hold lengthy conversations with Raven.  I’ve even had him circle back and land close by, turning his head from side to side, trying to understand the Raven-speak coming out of a human being. This time, I looked at him, looking at me and I spoke my very best raven….loud, gravely and full of gusto.  It caught him so off guard that he jumped up in the air. Trying to move along on the light, he hit the slick icy metal and began to skid. He slipped, he slid, he flung his wings wide to try to recover his cool.  Unable to regain his composure on the icy metal, and acting as if he did so on purpose, he fell….I mean…flew, big wings wide open, wheeling right by me as I laughed out loud! 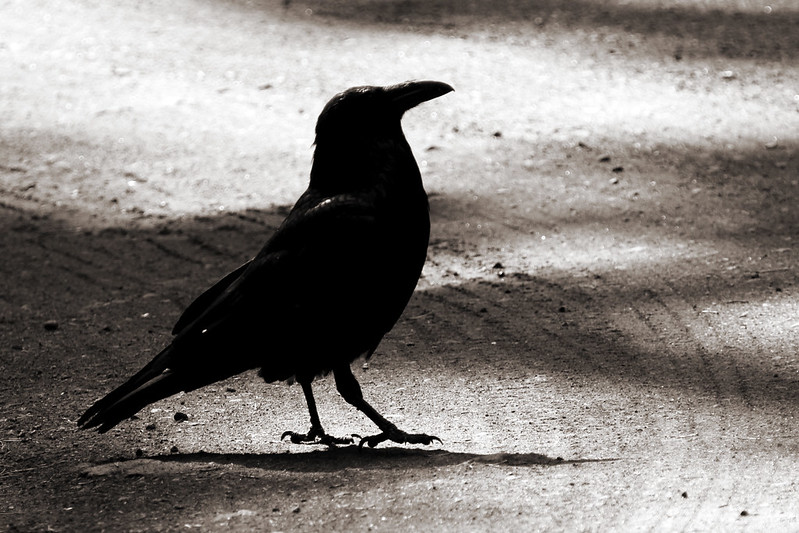