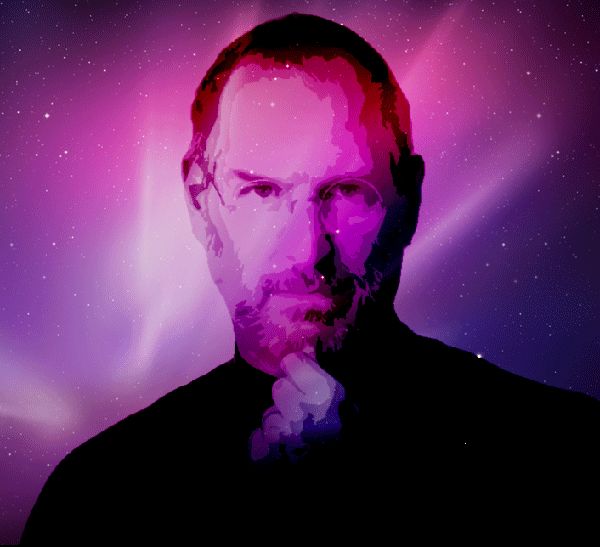 I never met Steve Jobs.  Sometimes I cursed his name—often late at night, pounding my head against my blue-and-white Apple G3, running Mac OS 6.5 or 7.  Yet, today, as I read the news of Steve’s passing and the overwhelming outpouring of admiration and respect for the man who has become synonymous with words and phrases like “innovative”, “cool”, “cutting edge”—and, of course, “Apple”—I am overcome with a sense that the modern world has lost a giant.  Although perhaps surprising to those who know my misanthropic, Luddite tendencies, my sadness is not unfounded.

The company that Steve Jobs founded was touchstone for technological development, unwavering in its commitment to the coterminous elevation of both form and function.  It was never enough to bring to market a new product line that looked really cool—it damn well better push the limits of computing capability.  That was the genius of Steve Jobs.   That was the cornerstone of Apple.  For me, however, Apple has always been something more.

When I came to Colorado in 1995 to work for a small non-profit wildlife conservation organization, I was just beginning to get my head around the end of dual floppy systems.  “Hard disks” were going to give computing the big boost it needed.  The organization that I joined was using Power Computing [TM] Mac clones, and they were workhorses for getting graphic design jobs out the door—but I wanted the real deal.  I wanted this scrappy little non-profit working on real Apple computers.  So, I wrote to Apple’s corporate philanthropy office in Cupertino, California, and I plead my case.  Six weeks and a few letters later, I had two Power PC’s sitting on my desk.  That act of generosity (which I have heard is less common these days) was all I needed to become a loyal Apple devotee.

Although the ride has included more than a few ups-and-downs, I remain a loyal Apple fan (between my wife and I there are two iMacs, two Macbooks, an iPad and several iPods).  I hope that everything Steve Jobs brought to the table will continue to inspire Apple for generations to come. The modern world is a better place for his vision and drive.

The video below is an un-aired version of the award-winning ad for Apple called, The Crazy Ones, narrated by Steve Jobs; in retrospect, a fitting tribute to his own legacy.  Ultimately, Richard Dreyfuss ended up narrating the final version that aired.  Thanks to Paul Horowitz at the OSX Daily for sharing this with the world.